Images, and therefore image file formats, are a big part of many creatives’ lives. As a designer, one of the most common questions I get asked is, ‘what file format do you want?’ closely followed by, ‘will this do?’ With such a diverse array of options, and names that would have Scrabble champions reaching for the dictionary, it’s no wonder that the world of image file formats can be a little overwhelming.

Learning the standard file formats is essential if you want the highest quality images at the smallest file sizes – using the wrong one can be disastrous, even if you’ve got one of the best cameras. What you’re ultimately going to use the image for will largely determine the choice of file format – ask yourself what quality you need, whether the image will be resized, how quickly you or others will need to upload/open it, and how much space you have to work with.

This article explains the need-to-know basics and lists 10 of the most common formats you’re likely to come across. But first, we’ll take a look at the differences between raster and vector images. 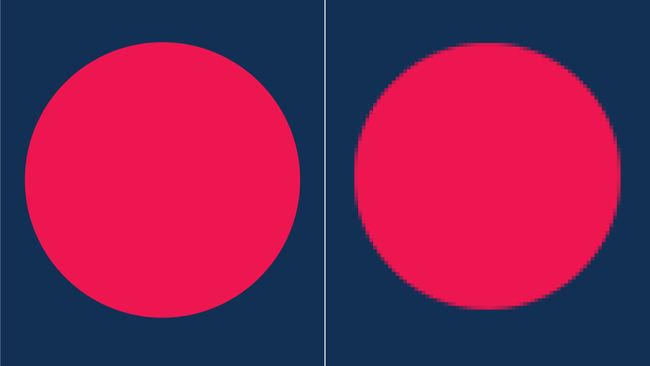 The vector circle on the left has clean, sharp edges, while the raster circle on the right has jagged edges when scaled up
Broadly speaking you can separate image files into two major types – raster and vector. Both can be produced on computers and are equally useful in the right situations, but there are some big differences between the two.

Raster images (sometimes referred to as bitmap) are pixel-based, meaning the image is composed of a grid of pixels, collectively forming a larger image. You can observe this by magnifying any photographic image in print or digital – you will see lots of coloured squares (RGB in digital and CMYK in print).

Raster images are used for complex images that have smooth gradients of colour and undefined edges, such as photographs. The downside is that they are dependent on resolution, suffering from image degradation and loss of detail when scaled up. Raster images can be described as lossy or lossless, terms that refer to the compression they use. Lossy compression removes pixels to produce a close match to the image, while lossless uses exact reproductions of the original image. Common raster file formats include JPEG, PSD, PNG and TIFF. If you want to learn more about resolution and resizing raster graphics.

Vector images are mathematical calculations, rendered in the form of geometric paths, created purely on a computer. Because their form is defined by a set of mathematical parameters, they can be scaled up and down without any loss of quality. As a consequence you will often find these being used for logos, icons and fonts, which are expected to be flexible given any situation. Examples of vector file formats are AI, EPS and SVG.
The 10 most common image formats.

USED FOR: Taking photos in camera, uploading to the web, sharing on social media. Can be used for printing, so long as it’s in the final stage and no further editing is required.

PROS: Widely used and compatible with most software. Low file size, so saves space on memory cards. Offers some control over the amount of compression.

CONS: Lossy compression. Suffers from generational degradation, where an image is repeatedly edited and saved. Layers are flattened, so cannot go back and edit. Does not save transparency. 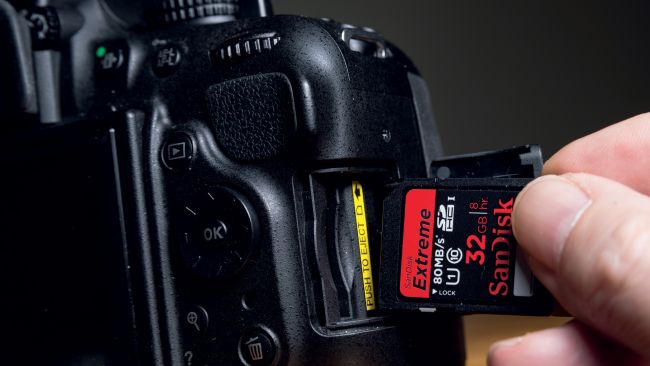 Because JPEGs produce such low file sizes, you can fit more photos on your memory card (so long as you don’t plan on any heavy editing afterwards) (Image credit: Future)

JPEGs are the ‘sliced white’ of the image world, being the most common and widespread format, both in all kinds of cameras and across the web. They use ‘lossy compression’ to remove unwanted pixels and achieve smaller file sizes.

JPG and JPEG are both acceptable and interchangeable file extensions – an artefact of the ongoing Windows vs Mac rivalry. (Not to be confused with JPEG 2000, an updated but rarely used format).

USED FOR: High quality graphics – popular in the publishing industry and for graphic artists. Also useful for photo editing and archiving images.

PROS: Lossless format. A variety of compression options. Can have multiple pages and retains layers. Supported by lots of apps. Can save images with transparency.

TIFF is a lossless graphics container, meaning it does not compress images or lose any information (unless specifically required to). This produces high-quality images with the drawback of larger file sizes.

USED FOR: Most popular for use on the web. Optimised for screen, so not ideal for print.

PROS: Supports more colours than GIF. Compresses without losing quality. Can save images with transparency. 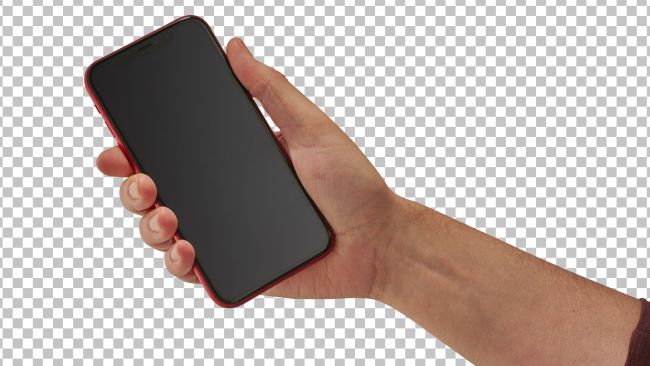 PNGs retain transparency when saved, but work better on digital rather than print

Initially designed to replace GIFs (see below), PNG is another format designed for lossless image compression, which makes it good for photographs and text documents.

PROS: Quick loading. Can be animated. Lossless. Small file size. Can save images with transparency.

CONS: Limited colour palette (maximum of 256). Does not support CMYK. For a long time was not patent-free, but is now.

GIF (pronounced jif, apparently) was used on early internet due to its ability to compress images into very small file sizes. It has subsequently been overtaken by JPEGs, but has found its niche in banner ads and social media memes.

USED FOR: Creating print or digital Photoshop projects. Photo editing. These days a lot of printers will accept PSDs.

PROS: Supports transparencies. Saves any edits or adjustments. Can work with vector and raster images.

CONS: Not good support for web or printers. Can quickly grow into large file sizes. 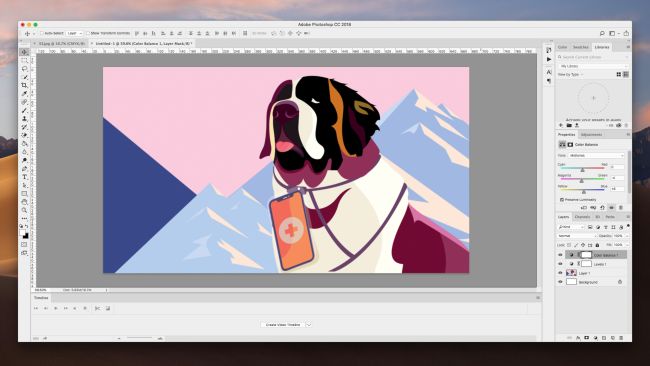 A multi-layered image format that literally stands for Photoshop Document. PSDs are extremely versatile and allow editing to be saved and returned to later on.

USED FOR: Professional photography, where the photographers want to perform their own edits.

PROS: Very good for photo editing as retains all information at high quality.
CONS: Large file sizes, so fills up memory card quicker than other image file formats. Not compatible with all photo editing software, may need converting first. Many printers will not accept RAW.

Digital cameras offer this as the closest alternative to film quality. RAW is uncompressed and untouched by the camera, meaning minimal loss of information. Each camera make has their own version of RAW (such as CR2, NEF, DNG) and they are all similar, despite using different file extensions.

PROS: Can be used at any size. Largely universal format, so can be viewed in many applications. Can be easily converted into raster graphics.

CONS: Can only be edited in certain illustration apps. Some printers may have issues with eps files. Can often contain a raster image, disguised as a vector file. No longer in development.

EPS is a legacy vector graphic standard, supported by most illustration apps. Can contain vector graphics, raster images or text.

PROS: Allows vector, raster and text. Can be interactive and include animation. Remains crisp when resized, so can optimise file size. Can be added directly to HTML without image link and styled with CSS. Search indexed and compressed easily.

CONS: Not good for images with high colour depth. Not optimised for print.
SVGs are handy for importing graphics from 2D illustration apps to 3D modelling software such as Blender (Image credit: Future) 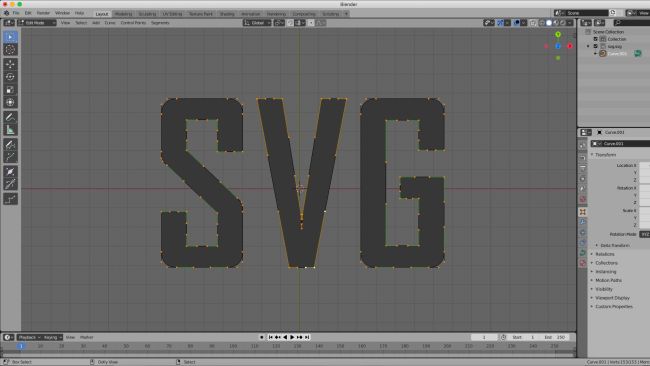 PROS: Can display vector graphics, raster and text. Can be exported from many applications. Can contain multiple pages and interactive elements.

CONS: Limited to Windows and Mac OS. Difficult to edit. Often not integrated for viewing on web pages.

PDF is the almost universal standard for documents and graphics.

PROS: No compression. Supported by almost every system.

BMP is an old raster file format, developed by Microsoft, to store files in a device-independent format. It’s not to be confused with the more general term bitmap, which describes a map of pixels (of which .bmp is included).

Items in Your Cart

Your cart is empty

Begin typing your search term above and press enter to search. Press ESC to cancel.